Remember the Best Nextcloud app contest? Julien is the main developer of Maps, the app that took the majority of the votes!

Julien lives in a small town near Montpellier, south of France and he is currently working as GIS software engineer in a public research laboratory about water-related natural risks prediction.
Programming is more than a profession or a hobby to him. It’s a way to participate in the Free/Libre software movement to build the software he needs while maintaining a community around it. He really enjoys the idea of building public tools and knowledge together.

Let’s build our decentralized Internet together!

” I’m pretty convinced that knowledge shouldn’t be a commercial product. I think intellectual property slows down innovation and harms those who don’t have the knowledge. I think it’s a much better society model to let anyone participate in building the software. Enterprises make money with the services or by selling material assets, let us people own the knowledge!

Another motivation is to allow people to get out of big Internet silos where all the data, the money and the power are centralized. I feel the decentralization of the Internet depends a lot on making good software to host decentralized services.”

From user to app developer

Julien used to administrate a small ownCloud server for his family and friends, but after 2012 he switched to Nextcloud because of the enthusiasm of the team and the clearer licensing aspect of the project. Then he started to develop GpxPod, PhoneTrack and Cospend apps for his own needs.

Those apps were very well received by Nextcloud users who have helped so much for translations and bug reports. Their feedback pushed the development far beyond what I expected at the beginning. 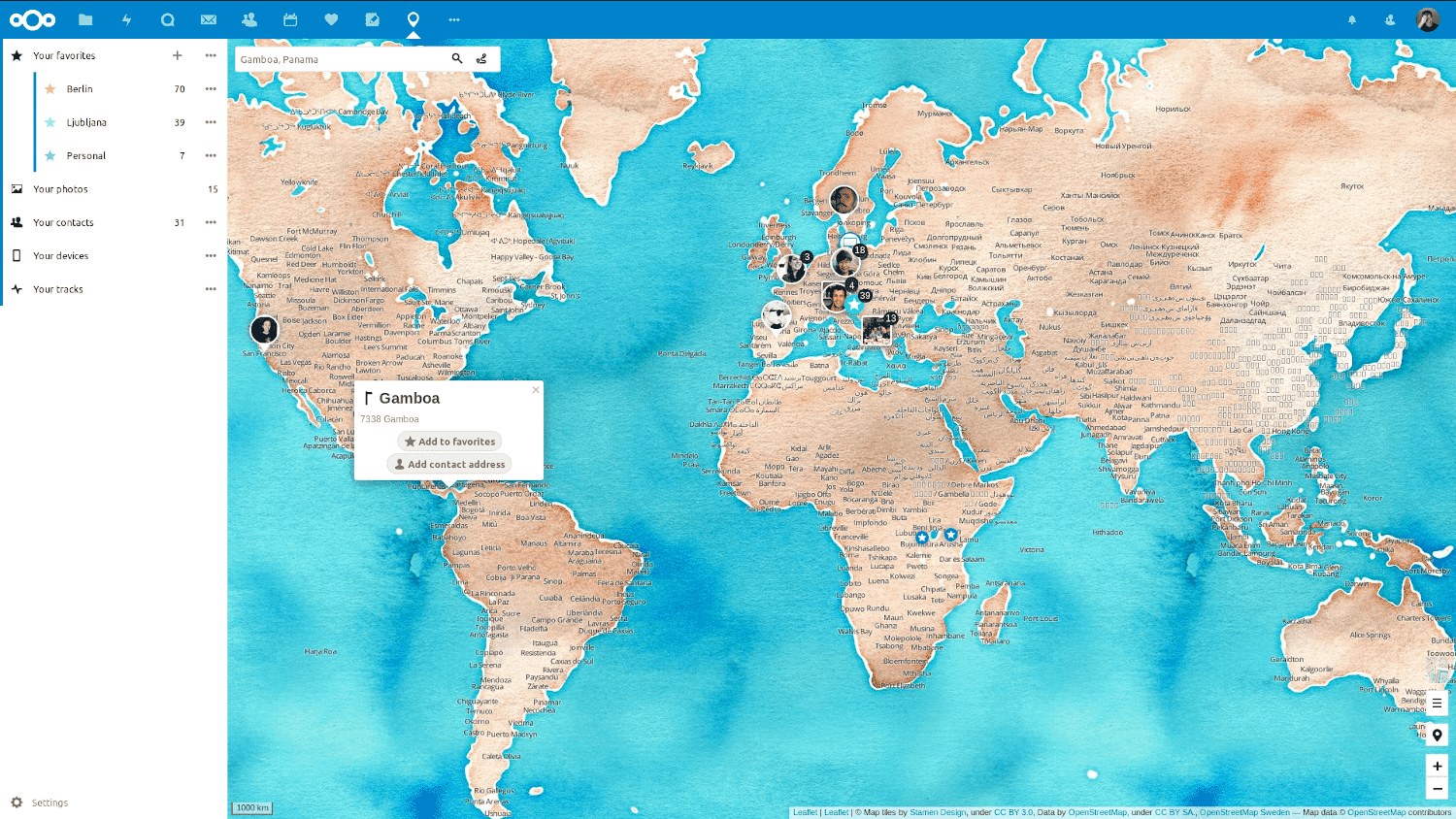 Maps app development started in 2014. The project was almost abandoned but with a few base features already working. Julien joined Maps app development in march 2019, after his first Nextcloud contributor week. At that time he was motivated to make it happen and push it to a first release.

“We had a discussion at the contributors week with Jan-Christoph Borchardt who was really excited about “importing” GpxPod and PhoneTrack features into a generalist Maps app. It took me some time to realize the interest of a simple app mixing many map features but as soon as I started developing I became very excited too.”

The future of Maps

The main features developers would like to bring in the next major version are:

Julien has to make sure he has enough free time between two engineer contracts to be able to push his apps development forward, but ergonomics and user interface design are the real challenges.

“Adding lots of complicated features is much easier than making a basic feature accessible and clear. “

Talking about time as a challenge, Julien used to contribute in open source projects between 2010 and 2012. Since 2017, developing and maintaining his Nextcloud apps and their Android clients are his focus during free time.

“When my eyes are bleeding because of programming , I do rock climbing or ride a mountain bike in the forest.”

“As a programmer: the internal API accessible to the apps.
As a user: making public links to a directory with write access to let people upload documents to my Nextcloud even if they don’t have an account. Most useful feature!”

And for the future…

“I hope Nextcloud collaborative text editor becomes solid enough to help people get out of google docs. I hope Nextcloud Talk reaches a critical mass and becomes a reference or a pioneer in decentralized Signal-like communication.”