Shadow is probably best known for their remote gaming PC platform described as “the only fully realized cloud gaming service out there” and “the definitive cloud gaming experience” by cloudwards. It boasted 100.000 gamers in 2020 and has extended its platform since being bought by OVHcloud founder Octave Klaba. Shadow is now announcing the immediate availability of the Nextcloud based Shadow Drive in all European countries where Shadow services operate. This includes France, UK, Belgium, Switzerland, Luxembourg, Germany, Netherlands, Austria, Italy, Sweden, and Denmark. Spain will launch on December 7th.

Shadow Drive will allow users to store their data while keeping it accessible from anywhere. Data will be accessible via its web interface and through Windows, macOS, Linux, Android, and iOS (still in Beta) applications.

Our ambition to liberate technology from its hardware limitations also passes through Shadow Drive, our cloud storage solution, with the help of our prestigious partner Nextcloud, a partnership for which I thank Frank. We are particularly excited about this joint European project

Initially soft launched this summer, Shadow Drive already counts nearly 25 000 users ahead of its general launch. The service will also be available on December 7th in Spain, and in 2023 in North America.

Shadow is free for up to 20 GB of storage. And by free, they do not mean freemium: “our users’ data will never be sold or used, and we will never integrate ads”, shares Shadow. A premium version of the service offers storage up to 2 TB.

Check the Downloads page for more details. As for all SHADOW services, it’s a non-binding offer, and it’s independent of any Shadow PC subscription.

We live in an age where all of our digital life, all of our communications are now in the cloud, and most of it is hosted overseas. I have no desire to live in a world where five giants own all the files in the world. That’s why I’m excited that we work together with SHADOW, as our two companies share values of excellence, openness, and European sovereignty.

Shadow Drive is a European-owned and based service, meaning European users’ data will always remain in Europe, through European sovereign solutions.  You can discover more of what digital sovereignty means for Shadow and Nextcloud in a previous blog post. 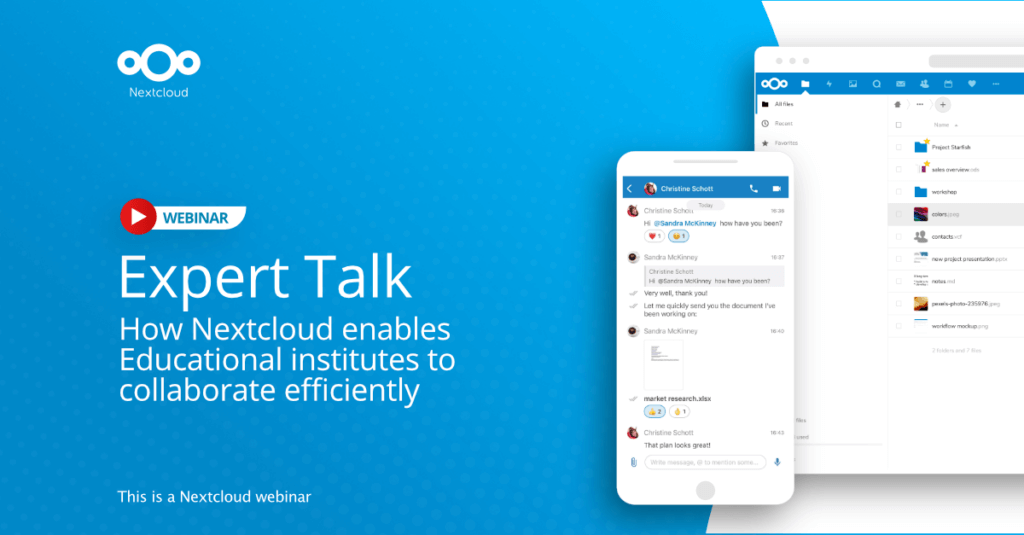 Join our Expert Talk on: How Nextcloud enables Educational institutes to collaborate efficiently

Join our interactive video session with Nextcloud experts Mikaela Schneider, Roxana Bocancea and Fyruz Wahid to learn why many Educational institutes are moving away from Big Tech collaboration platforms like Google Drive and Microsoft 365 to Nextcloud. They discuss the challenges these big platforms offer for educational organizations need and evaluation criteria for selecting collaboration […]