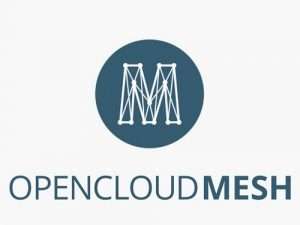 Nextcloud founders Frank Karlitschek and Bjoern Schießle invented the Federated Cloud Sharing API when still at ownCloud, and pushed the solution as a collaboratively developed standard under the Open Cloud Mesh initiative of the GÉANT Association, a European collaboration on e-infrastructure and services for research and education. Nextcloud formally joined this project shortly after it was booted up and, like with many other things, Frank and Bjoern intended to continue to push forward cross-cloud collaboration under the OCM umbrella.

That push includes bringing the API to a stable, 1.0 version, suitable for wider implementation.

In his blog about the history and future of Cloud Federation, Bjoern mentioned ambitious goals and additions to federated sharing like sharing address books, calendars and real-time audio/video and chat communication across servers. With Nextcloud offering these features, the need for this is clear enough and the team is looking into the right way to do that. But such a project needs a solid foundation and bringing the OCM API to a solid 1.0 is very much a step that needs to be made.

Bjoern has been developing an extensive and detailed proposal for this, which can be found on github. It adds a number of basic abilities like distinguishing between sender and owner of a share (which helps with re-sharing), a simplification that allows users to share to display name instead of the complicated Federated Cloud ID, and a series of proposals to keep the protocol easy to maintain.

He also defined notifications and actually removed one of the capabilities of the API, GET requests, for privacy reasons.

An important element of this specification is that it is backward compatible so the hundreds of thousands of existing Nextcloud servers, as well as the many Pydio and ownCloud servers, can continue to be part of the federated network even when some start to upgrade to the new version!

This is, of course, a first draft, but code often speaks louder than specifications in open source, so Bjoern went ahead and developed an implementation in Nextcloud, which is already open for review.

It is now up to the stakeholders in the OCM community to provide their feedback and be part of the new 1.0 project. If you’re interested in federated technology, have a look at the API and share your thoughts!