Nextcloud becomes a supporter of OpenForum Europe (OFE) to promote open, competitive markets through open standards and open-source code. OFE advocates for the European tech businesses and consumers, pushing back to the extensive lobbying of Big Tech and their efforts to control and own the data and business processes of Europe.

It is with great pleasure that we can announce that Nextcloud is joining OpenForum Europe as a supporter. Nextcloud is right in the middle of the rapidly developing European Open Source industry, is a trusted partner of public and private organisations across Europe and is active in the policy debates in several countries. As open technologies are moving higher and higher up on the policy agenda in Europe, we look forward to working with Frank and the Nextcloud team to build even more bridges between open technology experts and policymakers.

OpenForum Europe (OFE) is a not-for-profit, Brussels-based independent think tank that explains the merits of openness in computing to policymakers and communities across Europe. Originally launched in 2002, OFE covers topics such as Open Source Software and Hardware, open standards, digital government, artificial intelligence, cloud computing and Internet policy. Its key objective is to contribute to achieving an open and competitive Digital ecosystem in Europe. Nextcloud founder Frank Karlitschek has been a fellow of OpenForum Europe for many years and today, Nextcloud itself becomes an official supporter to solidify this relationship. 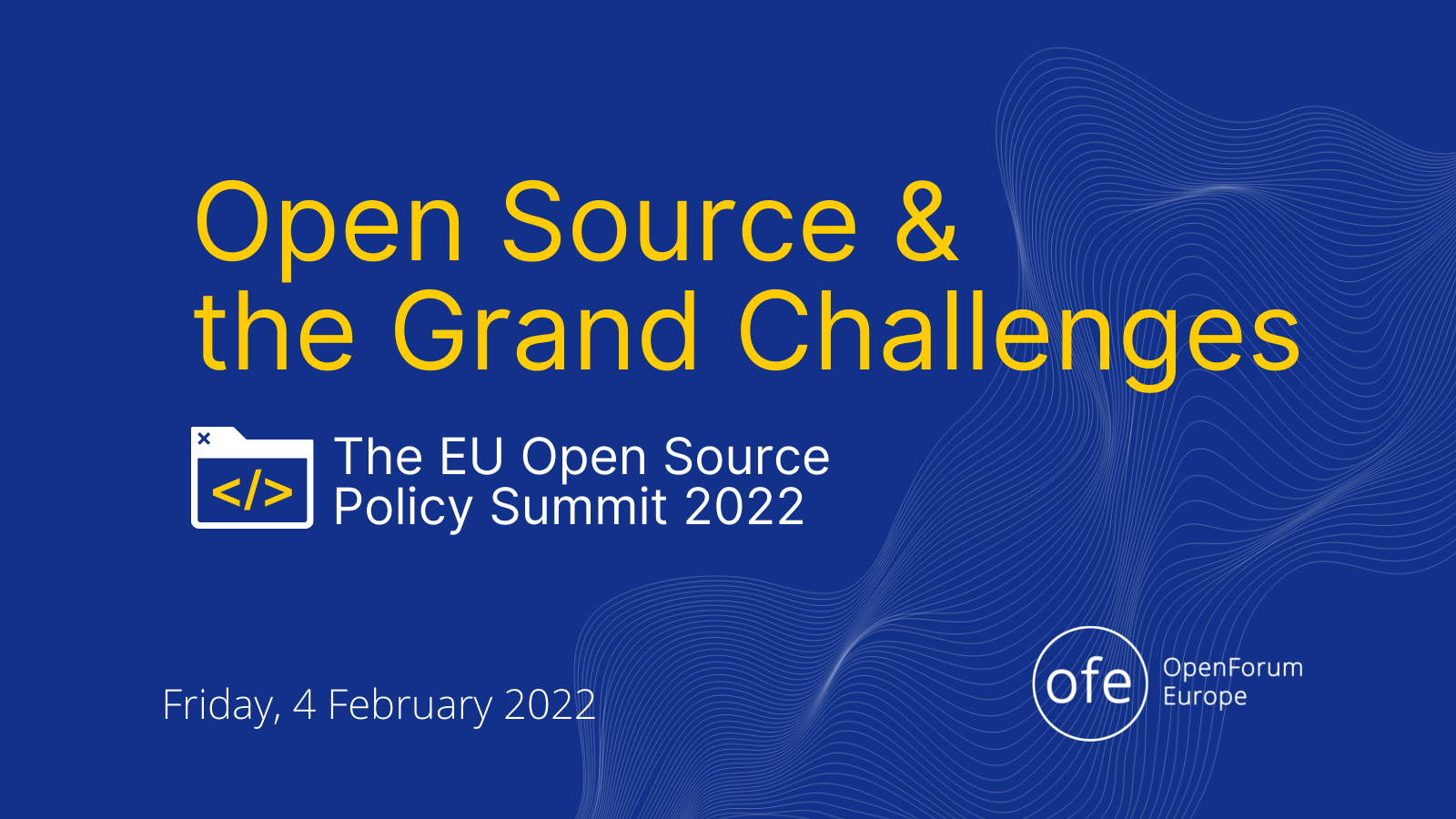 Political decisions matter, and we are worried about attempts at regulatory capture of EU Institutions by Big Tech which could hurt European tech businesses and customers alike. Nextcloud provides the alternative to Big Tech businesses and governments are looking for, in a transparent, compliant and privacy-respecting way. Together with OFE we want to bring this fact to the awareness of politicians, refuting the argument from Big Tech that being locked in to their services is the only real choice for Europe.

OFE is organizing the annual EU Open Source Policy Summit on February 2nd, 2022, which is meant to reframe the conversation around Open Source and digital policy at the highest political level. Global technology and policy leaders come together to discuss how collaboration and competition are being rethought as we are innovating to solve the complex global challenges we are facing collectively. Frank Karlitschek, together with other EU policymakers will be part of a panel discussion that covers the topic “Building Public Sector Capacity: Open Source and Digital Sovereignty”. 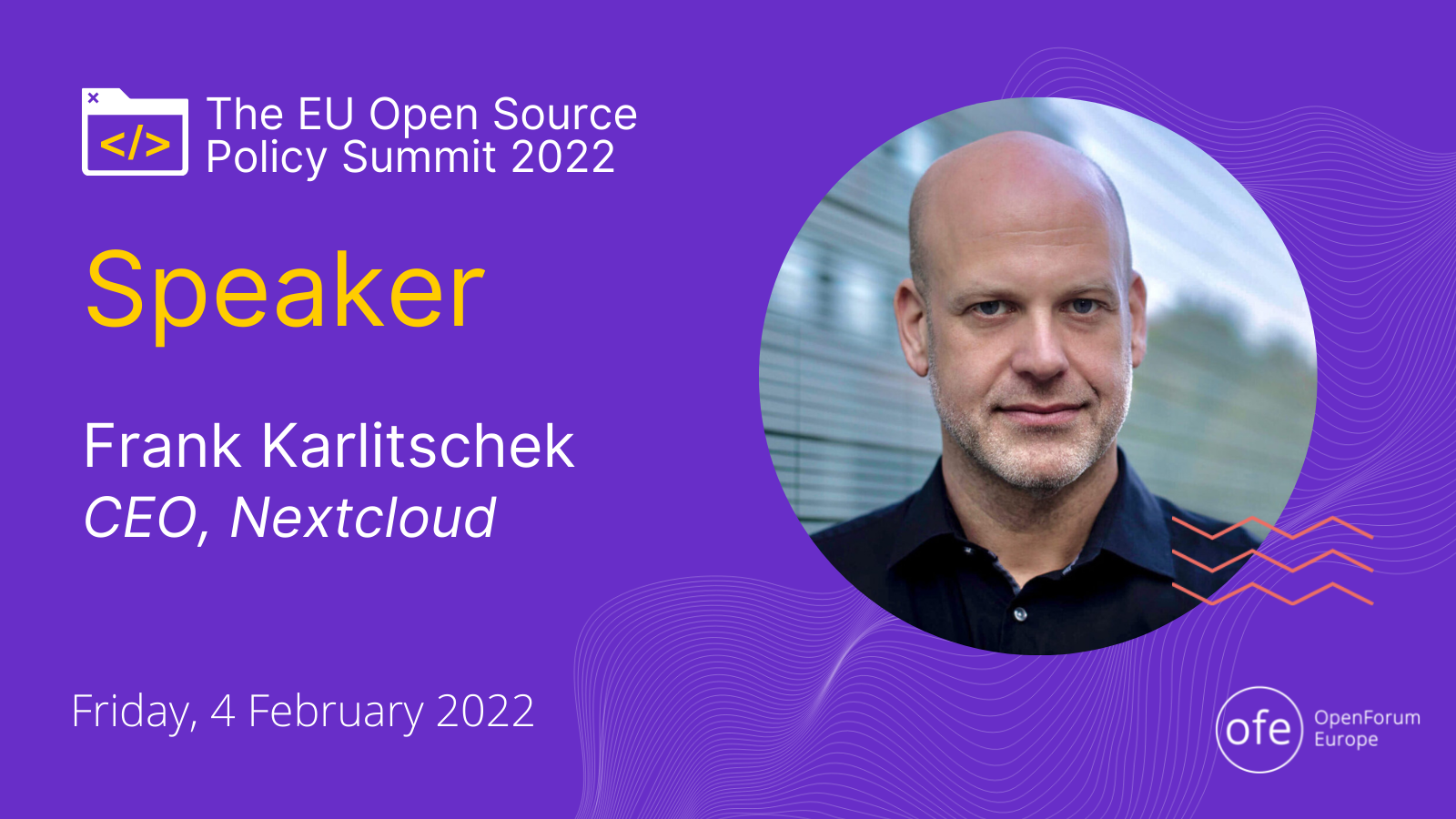 2022 will be the eighth year OpenForum Europe hosts its Open Source policy event right before FOSDEM. What started as a 10-person meeting of minds on the then-niche subject of Open Source policy is now a successful annual gathering of policymakers, Open Source businesses, community members, developers, foundations and those involved with diverse digital policy subjects. In 2020, the event attracted more than 130 participants, indicating a shift in momentum. The 2020 event was our last in-person event before the COVID19 crisis hit. Despite the circumstances, and in response to the high priority European governments had started to place on Open Source Policy, OFE increased its ambition level to make the conference the main Open Source policy event in Europe. The demand was higher than expected and the 2021 conference attracted more than a thousand participants.