Today the Nextcloud Android team released a new version of our file sync and share app for Android! This app comes with a lot of great improvements, from Single Sign On support to the ability to restore deleted files (needs nextcloud 14), comment on files and more. Read on to find out more! 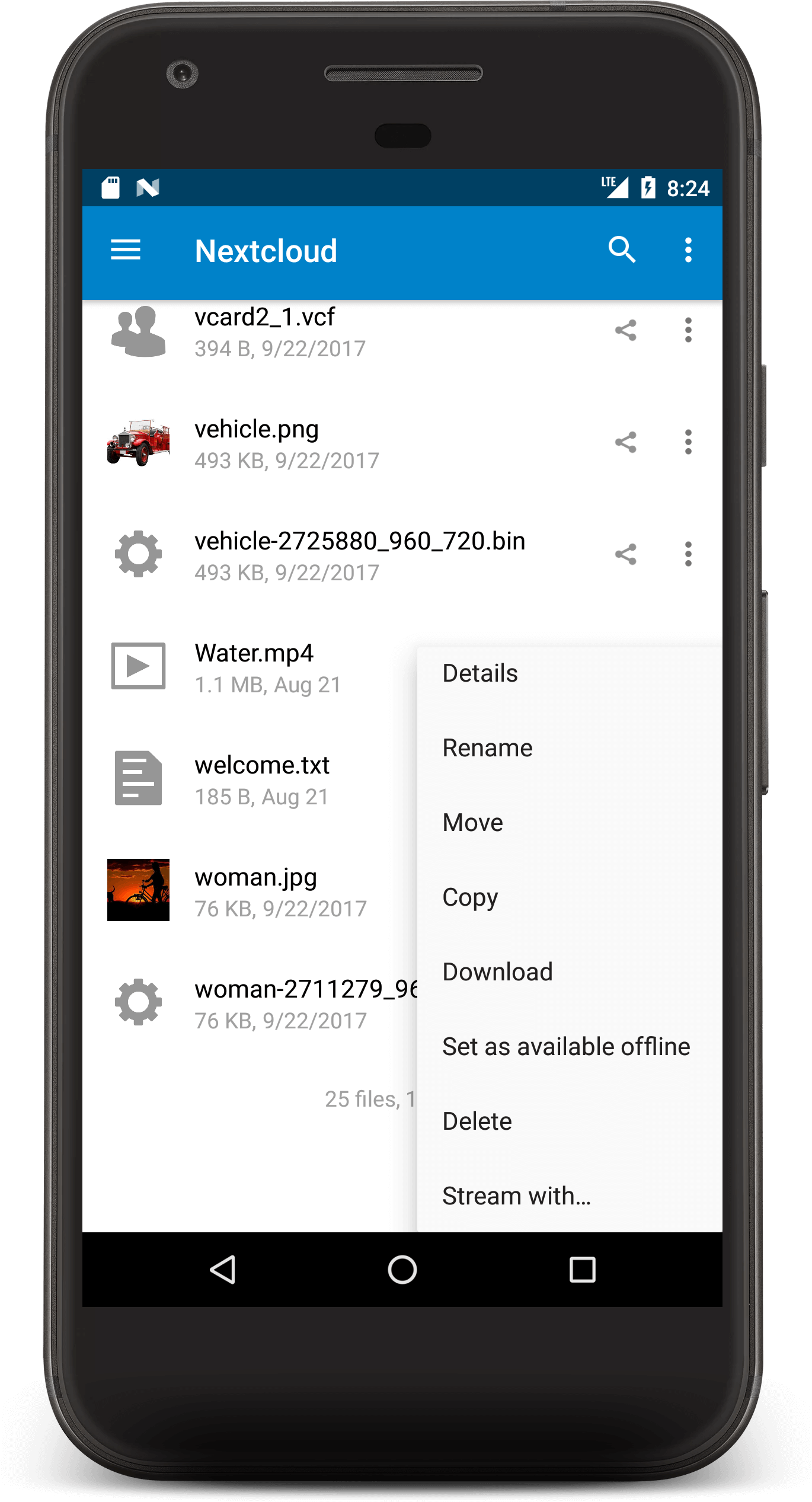 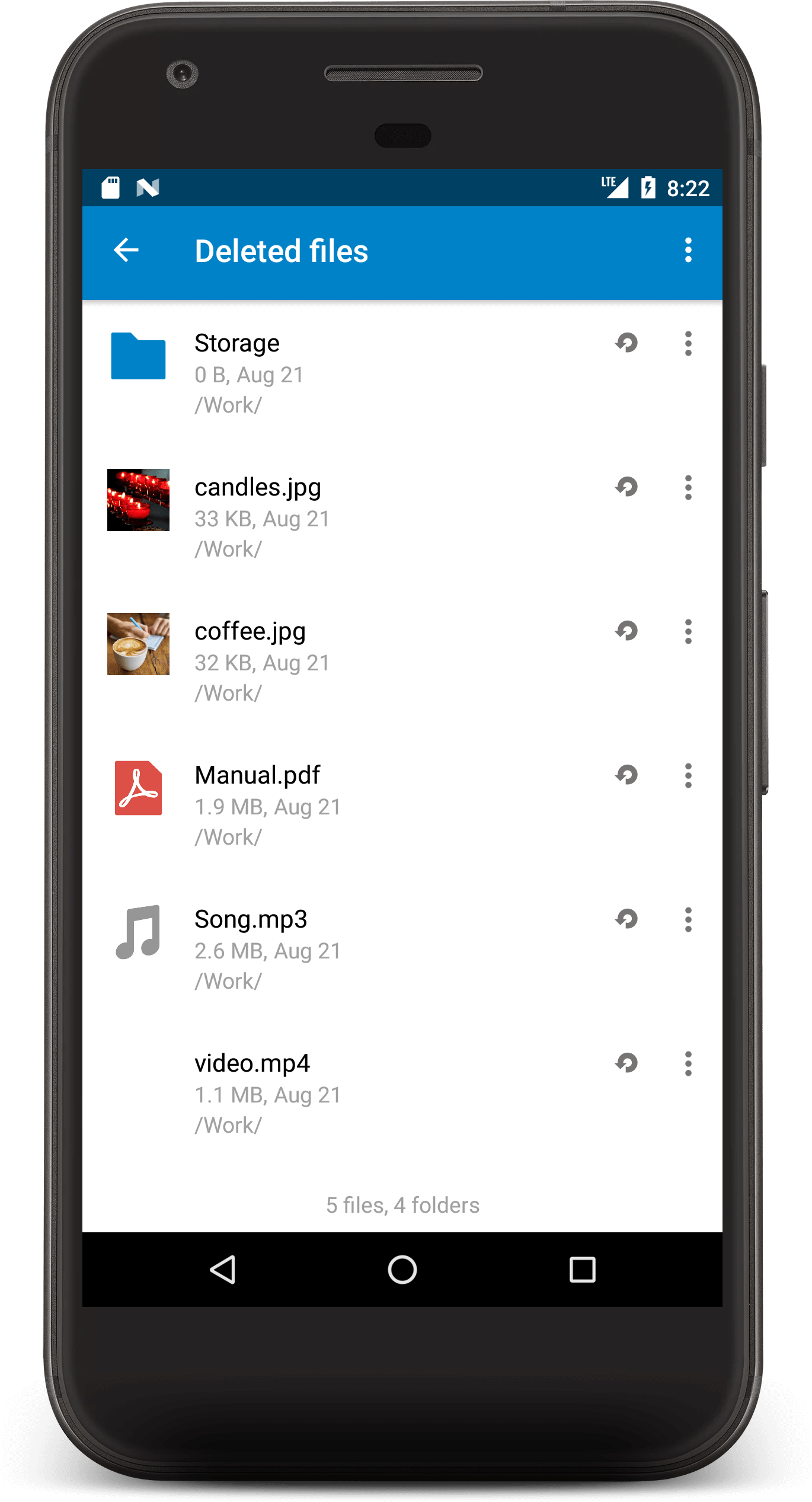 Recover deleted files from the Trash 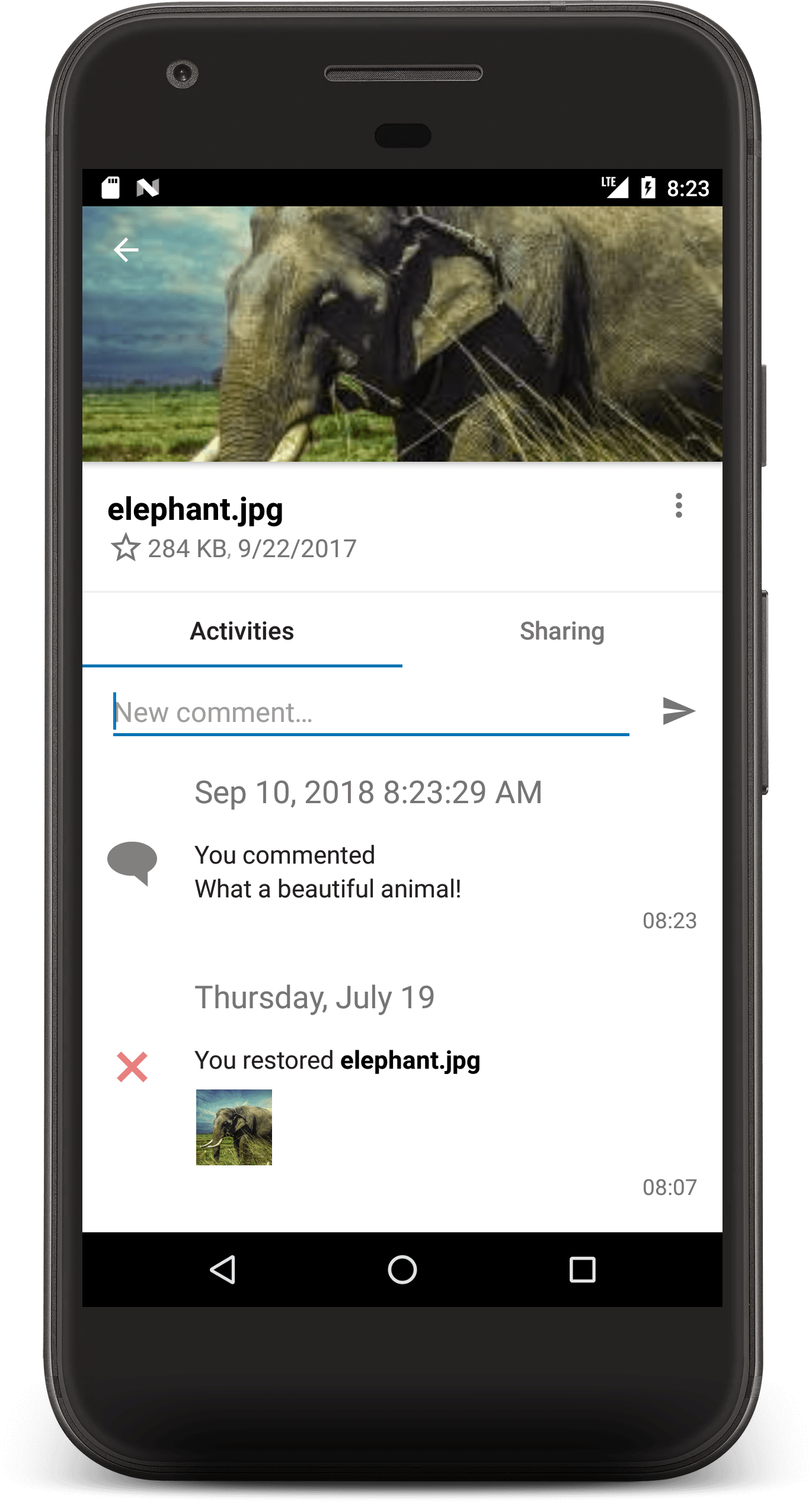 View and reply to comments

The main improvements in this release are support for Single Sign-on, Trash, comments and media streaming. Let’s quickly cover them.

You might have multiple Nextcloud Android apps on your phone – the Notes app, the Talk app and of course Files. With our new Single Sign-on framework these apps can all use the same credentials so you don’t have to set each of them up individually!

You can now use Android’s Device Protection to secure access to your files. This means that what you use to protect your device, be it face unlock, finger print, pattern or pin – you can use it also to keep your files private.

As you know, you can comment on files in Nextcloud! If you @mention people, they will get notified so they won’t miss anything. With Nextcloud 14, you can even search for files based on the content of the comments. The new version of the Android app lets you see the comments and reply, making working with others on the go even easier! The share and activity dialogs were improved in other areas as well.

Nextcloud lets you recover files that were deleted from the trash and now, you can do that from within the Nextcloud Android app. It doesn’t matter if the file was deleted in the web interface or on the phone. This is only available with Nextcloud 14 or newer.

Normally, opening a file in the Android app means downloading it and then viewing it in another app or the image/text viewer. But for video files that might be gigabytes big, that isn’t really an option. The Android app can now get your video application a streaming link so there is no need to first download the video files. This only works with Nextcloud 14 and newer.

To complement the Accessibility work on the server, the Android app improved the TalkBack screenreader support significantly.

With over 100 pull requests merged, there’s more new in this release. For example, if a new folder with pictures or videos is created on your phone, you get notified so you can add it to the auto-upload. We also now show the state of the server, if it is in maintenance mode or offline. A quick list:

Thanks to our amazing community!

This release benefits from our quickly growing community of contributors. We want to particularly highlight the following people who contributed a lot of improvements, three of whom are first time contribotors (in alphabetic order):

Of course, we also have many people who test, review and contribute in other ways. You’re all part of this community and making Nextcloud possible.