Today the 3.9.0 version of our Android client has been made available, bringing new functionalities and more than 90 fixes & improvements to the users.

Note: This release will be available on Fdroid after up to 24 hours.

If your phone hasn’t updated yet, give this article a read and grab the new version today! 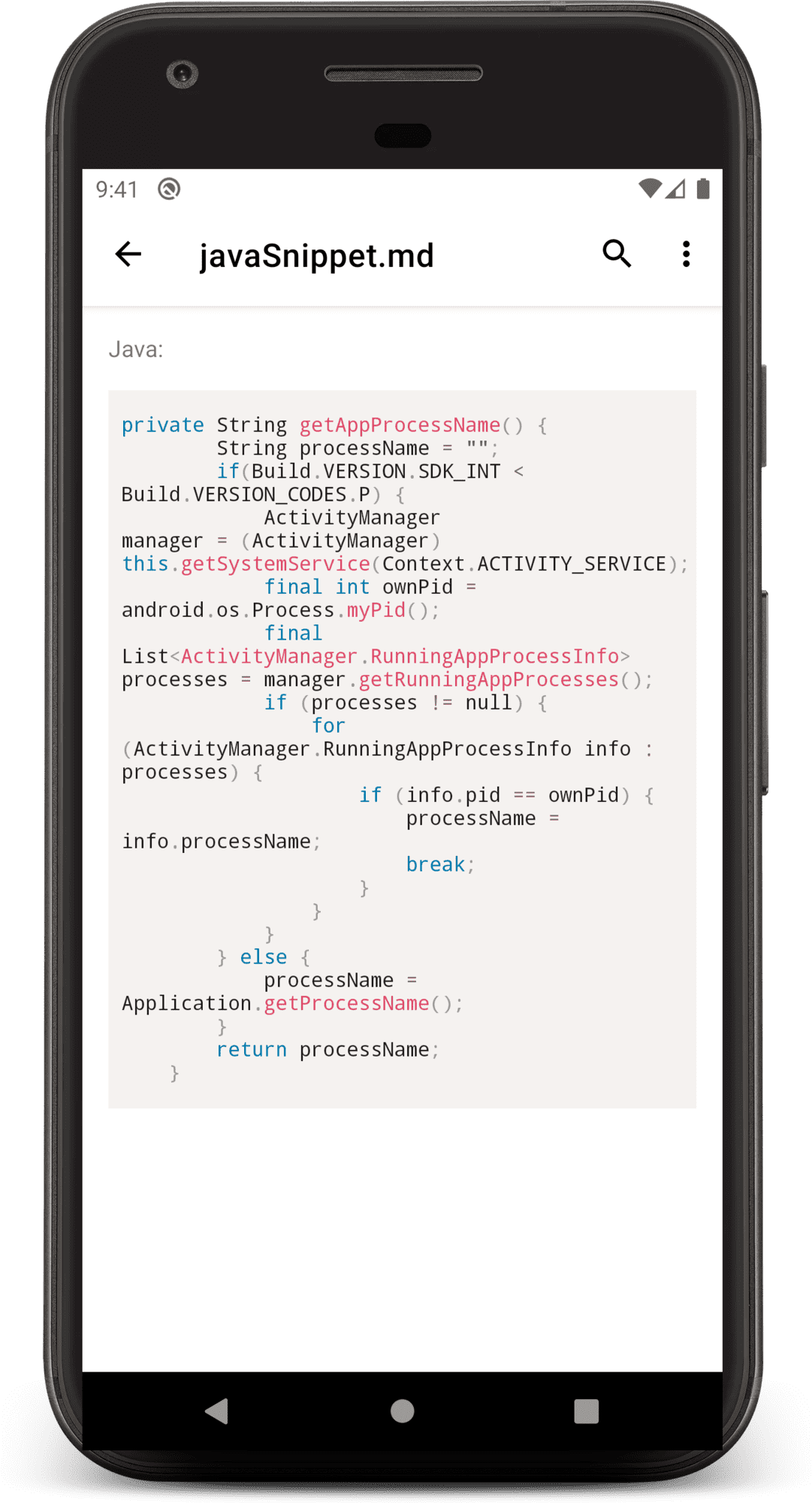 Markdown files are an easy way of taking meeting notes with your colleagues, writing down some quick ideas or thoughts, drafting a new proposal during a team call etc. After structuring the text with basic formatting in a human readable way you usually have to get back to it, maybe on the go, or you share it with other people who access from their mobile phones.

In this release the Android client supports many syntax highlighting for markdown preview, in read mode only. So now, markdown files are human readable and well structured even when you access them on the go!

This wouldn’t have been possible without the help of one of our awesome community members, Andy Scherzinger.

Remote wipe allows users and administrators to forcibly clean files from remote devices, for example in case they are stolen. Now this feature is available on the Nextcloud Android client as well!

While many companies have Mobile Device Management, thanks to built-in support, remote wipe will work on systems not under management of the company. This is useful for home users but also large universities and of course in a scenario where guest accounts were handed to a third party. If you permit downloading of documents by the third party, you can wipe the files from their devices when the the collaboration has ended.

These things usually catch you unprepared, as no one really expect it at any time. Now remote wipe is available on your mobile’s settings, so you don’t need to be in the office to prevent data “disasters”!

Some issues had been encountered with the media player for Nextcloud. One of our awesome community members, Chris Narkiewicz, had the idea to solve this solution, but then, instead, decided to entirely rewrite it, turning it into a new architecture that allows us fixing any current and future edge cases easily.

We’re happy to release DAVx⁵ 2.6! The new versions is now Android 10-ready and notifies users if the network is not available. We’ve implemented Nextcloud Login flow so you may now setup DAVx⁵ from the @Nextclouders app even with 2FA – super easy!https://t.co/6yi9mktiTp pic.twitter.com/fxqaaoqYGG

When auto upload is enabled, and new files are created in a subfolder, they get uploaded into the matching folder.

Printing from within Collabora

Now, printing when you open a document with Collabora on your Android client is fixed.

Single Sign On enhancements have been made and of course, many more fixes and refinements. Check the full list here. A big thanks goes to all the awesome members of our community that help us make Nextcloud better!

If you run an outdated, unsupported Nextcloud, the Android app will warn you of the risks. Nextcloud 12 is the oldest release that will work with this version of our app. We strongly recommend private users to upgrade their Nextcloud servers.

As companies sometimes have to use older versions, Nextcloud offers long term support. Contact our sales team for more information on this.