Don’t Mess With The Google: the risk of putting all your eggs in one basket 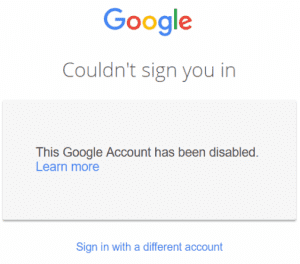 Last Wednesday Dan’s Deals, an advertising blog, wrote a post about Google shutting down over 200 user accounts. And with shutting down, they meant it: the users no longer had access to any of their data and even emails sent to them bounced.

The reason? These users had participated in a program where they would purchase a phone from Google (the new Pixel) and have it delivered to a reseller. As Google limits the Pixel sales to five per Google account, this is the only way resellers can sell these phones to their customers.

The dealer has been ordering phones from Google this way since the original Nexus without issues, but this time was different:

“Google has apparently closed the accounts of everyone who shipped their phones directly to his address in New Hampshire, regardless of how many phones the account ordered or whether the phones actually shipped or were cancelled by Google.

The account closure includes all of Google’s services. The people affected don’t have access to Gmail, Google Drive, Google Voice, or anything from Google. They don’t have any access to gift cards, bills, travel confirmations, work documents, etc that were saved in their Gmail accounts.

Worse yet, emails that are sent to their Gmail accounts are being bounced back as undeliverable. Even if Google relents and reactivates their accounts they will never know what emails they missed while the account was locked.”

(emphasis in the original) 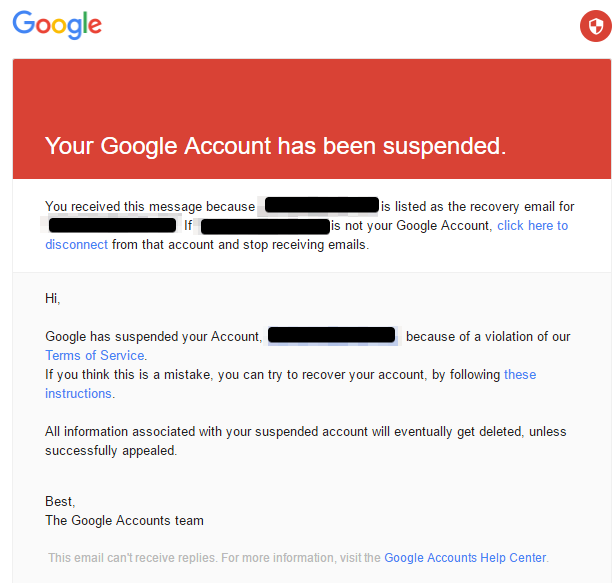 As you can imagine, these users are seriously troubled by this action. A look at Google’s Terms of Service shows users are not allowed to buy phones for anything other than personal use or gifts – of course, as nobody reads the usually terrible terms of service, these users were not aware.

Dan’s Deal continues to point out:

“One DDF member even claims that his Google account, that didn’t order a phone, was banned just for having a recovery account that was banned for ordering a phone.

Quite frankly it’s scary to think about how much I rely upon Google for everyday life. Losing everything that I’ve accumulated with Google for the past 15 years would be devastating.”

Indeed, a scary prospect. While Google offers a way to get your data out through Google Takeout, this page is not accessible when your account has been shut down so it wouldn’t save your holiday pictures in a case like this.

Now Google has, of course, every right to have strict Terms of Service. It even has every right to have hundreds of pages of them in dense legalese so nobody reads it. However, it is quite unpleasant that they would hold all your data from all their services hostage if you make a mistake at one – that seems a bit heavy handed.

So what did we learn? For one, Google and similar services have amazing power over people’s lives and they don’t shy away from using it if you do something they don’t like. Second, Terms of Service are even worse than you think and it IS relevant. And third – you should not put all your eggs in one basket. Don’t give a single entity full power over your digital life! Stay in control by hosting your own data as much as possible.