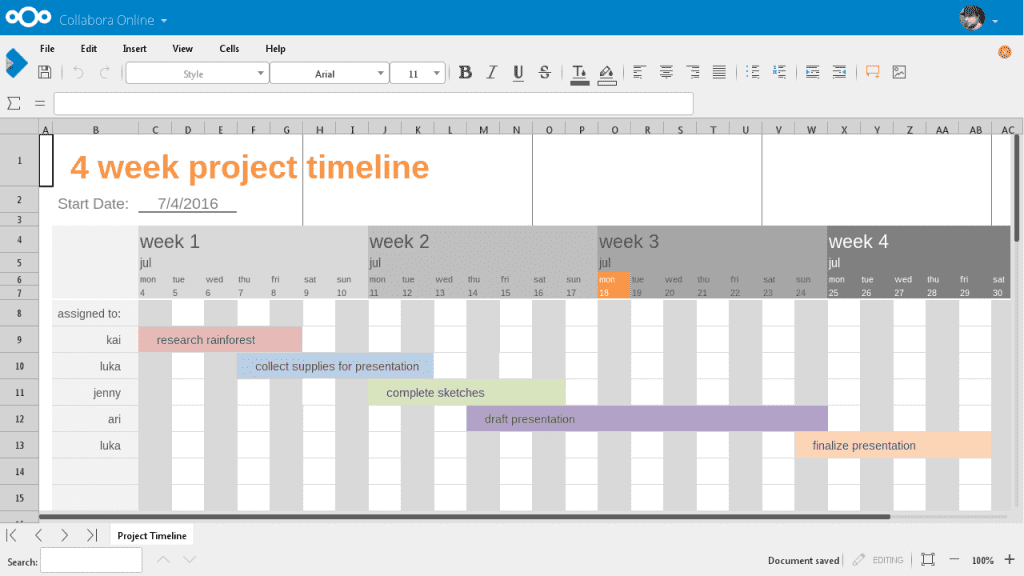 Today, Collabora releases version 1.8, which brings an upgrade to LibreOffice 5.1 as well as some statusbar features for Writer and Calc.

The new release is based on LibreOffice 5.1 which fixes a large number of small rendering issues and is a bit faster and more stable overall.

In feature news, the Statusbar has been updated. It shows a word-count in writer and Calc gained the quick statusbar ‘sum” functionality, among other things. On top of that, security and bugfixes are included in this release so we strongly recommend upgrading!

You can get your own Online Office setup by following our extensive instructions on our website. Docker has a built-in upgrade process which you can do by pulling again, stopping the current image, removing it and starting the new one: