Privacy has always been an important topic in the tech world. There are many people who are not concerned about privacy, they are willing to hand over their home address, e-mail ID and phone number to get a 2% discount at a store.

Then there are those who are obsessed with Google ‘tracking’ your online activities for advertisements and invest quite a lot of time and effort to de-Google themselves. I have not come across a single case in the last 12 years of my journalism career where the ‘ad’ data by Google was exploited. I come across cases on a weekly basis where big retail stores get compromised and user’s sensitive information gets leaked.

Last but not least, there are people who deal with sensitive data and don’t want government agencies to have access to that data.

There are a lot of easy ways to use plugins that stop online services from tracking you, so anonymised tracking for ads doesn’t worry me. What really worries me is state sponsored tracking that can be used to hunt people for political reasons, to stifle freedom of speech.

Many governments around the globe have been working towards mass surveillance; they tend to believe that everything that you make online belongs to them. New laws are created that give governments unprecedented control over their citizens data. Ironically, governments are becoming more and more secretive and citizen’s lives are being forced to become transparent. Wasn’t it supposed to be the other way around?

Things got even more complicated with Brexit and victory of Donald J Trump in the US. Trump is not a huge fan of privacy or open internet. The new UK government is also heading in the same direction.

Some news reports that are worth reading, putting this in context.

This means it has never been more important ever before to protect your privacy and protect your data from the prying hands of your own governments.

When it comes to personal, private and sensitive files, you can’t trust any ‘public cloud’, including but not limited to Google Drive, OneDrive, Dropbox or iCloud. Not only these are proprietary solutions but also since they ‘host’ your data, they become the co-owners.

This is what happens to ‘your own files’ when you choose any of these services:

1) They get the right (through EULA) to scan your files, which means going through them, it doesn’t matter if it’s done via machine or a human goes through them.
2) They get the right to delete, or block you from accessing your own files for any reason.
3) They are free to hand over your files to the government without your consent or authorization.
4) The biggest of all, they become the ‘co-owner’ of YOUR files.
5) Access to your own files is at the mercy of these providers.
6) If you don’t have a local backup, you will lose access to your files as soon as you stop using their services.
7) The US government has started asking for traveler’s passes; sooner or later they might demand access to your cloud services. Who knows? 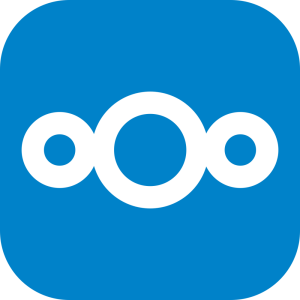 There is only one answer to all of the questions: ‘own your data’. I heavily recommend that you must only use file sync and storage services that are not only open source, but also run on your server so that your files are not at the mercy of a company or subject to a plethora of laws, which expose them to mass surveillance by government agencies.

There are many open source solutions out there, and Nextcloud is one of them. However, as someone who has used almost all of those services, I settled down with Nextcloud due to some of the reasons that I listed in this article. In addition to the privacy and security advantages of Nextcloud, it’s also the most active project around. It’s more than just a file sync solution; Nextcloud is a platform that allows users to plug many services to it; including running a full fledged LibreOffice Online service on your Nextcloud server.

Since it’s a fully open source solution without any proprietary code like Seafile or ‘paid exclusive’ features, you can participate in the development and add features that ‘you’ need in this product.

If you already don’t run Nextcloud on your server, in my next article I will help you get started with Nextcloud.