Núñez has always been a heavy user and local evangelist of open source. By the end of 2016, he decided to take it a step further to share his code creations and help support and spread free and open source solutions.

“I feel like most of our data and our devices are not owned by us in these days, so I started ownyourbits.com, a website where I emphasize the value of open source, self hosting and the right to repair,” said Núñez as he talked about his open source journey. The project also started his deeper engagement with the wider open source community. “Mostly I started sharing software that I create, and providing feedback to some of the projects that I use everyday.”

While he started contributing to open source recently, he has been a user of open source technologies like Nextcloud fore over 7 years. What attracted him towards the project back then was the “ability to self host not only my files, but also my contacts and calendars, and do so using open standards, in a very interoperable way, and of course the fact that it is open source.”

“I started using Owncloud approximately 6 or 7 years ago on my venerable Raspberry Pi 1,” he said. “I became addicted to self hosting not only Nextcloud, but many other services at home for very little price in a small fanless board. I was amazed when the first Pi came out.”

Today, he runs Nextcloud for his personal use: “The main reasons is that I am in control of my data, and I can have my personal pictures, documents, notes, calendars, RSS feeds and tasks in a central safe place where I can share them with my wife and synchronize it to our phones and computers. I have an instance of NCP on a Rock64 and other one on an Odroid HC1 for testing. I plan to move my personal instance there eventually, but for the time being I keep using my old Raspberry Pi 2 so I don’t forget what it is to run NextCloudPi in the low end of the power spectrum, and I can detect any issues quickly. I have around eight boards at home! mostly Raspberry Pis.” 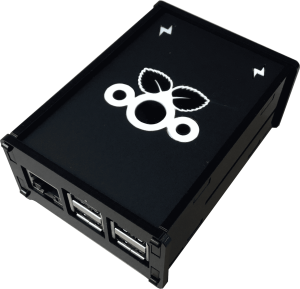 It didn’t take long for Núñez to graduate from being a user to being an active contributor. He founded the NextCloudPi project, which was recently renamed NextCloudPlus. It’s an officially recognized Nextcloud community project that provides a working Nextcloud instance out of the box in the form of SD card image for the Raspberry Pi, Odroid HC1 and other boards, x86 and ARM docker containers, and an installer for any Debian-based system.

“NextCloudPi comes with many extras in order to manage your instance, such as SSL certificates, local and remote backups, automatic port forwarding, support for several DDNS providers, USB automount, and extra security features.”

The focus of the project is on making it easy for the non-technical user to use Pi with Nextcloud. “Everything is mostly one click away by using the web or the TUI interface, and it comes with a first run question based wizard and a community wiki with step by step configuration guides. NextCloudPi makes it easy for thousands of people to self host their personal Nextcloud instances at home.”

One may wonder why Núñez chose an underpowered Raspberry Pi to run Nextcloud when he could have used any other more powerful system. “From the hardware perspective the Raspberry Pi is actually not the best choice for self-hosting files because it cuts some corners in it’s hardware design that heavily limit the data transfer from the network to a USB drive compared to other of the boards out there. Still the performance is decent enough for most of the casual home users of Nextcloud.”

Defending his choice he explains that the really strong point for the Raspberry Pi is that it is extremely popular: Focusing on it helps make Nextcloud more accessible and visible for as many users as possible. The lower price point of Pis lower the bar for many new users to try and use Nextcloud without expensive systems. You can build your own ‘mobile’ Nextcloud box in under $100.

It is not uncommon for users to fall in love with the open source projects they use, and Núñez is no exception. He fell in love with Nextcloud for these reasons:

People are one of the most important pieces of any open source project. For Núñez, Nextcloud is not only about the code or the technological aspects: He decided to get involved with the community and there are many things that he loves about that part of the project. “What really got NextCloudPi going was the amazing response from the people. It was great to get all this support and gratitude. I would have never imagined it was going to be so popular.”

From the start he saw Nextcloud as an established project which is helping individuals and organizations alike. “People that were already active in the community were very welcoming and helpful too. It was really nice to be invited to talk at the Nextcloud Conference and to have the chance to meet them in person. This led to a closer relationship with some members.”