The Czech CZ.NIC association, makers of the popular open source Turris Omnia router, today announces adding Nextcloud and a private cloud perk for their modular, next-generation router! The Turris MOX allows users to pick from a number of basic modules, combining them into exactly the type of device fitting their use case, adding a new module today designed for users who want a private cloud. The new MOX F (USB) module brings four USB 3.0 expansion ports able to power two modern 2.5“ drives by itself (unless you add other power hungry modules), and Nextcloud support has been added to the roadmap. As a perk in the Indiegogo campaign, the ready-to-go USD 115 Turris MOX: Cloud package enables users to set up a powerful RAID storage and use Nextcloud to make its storage available on the go. Hosting your own Nextcloud at home just became a lot easier! 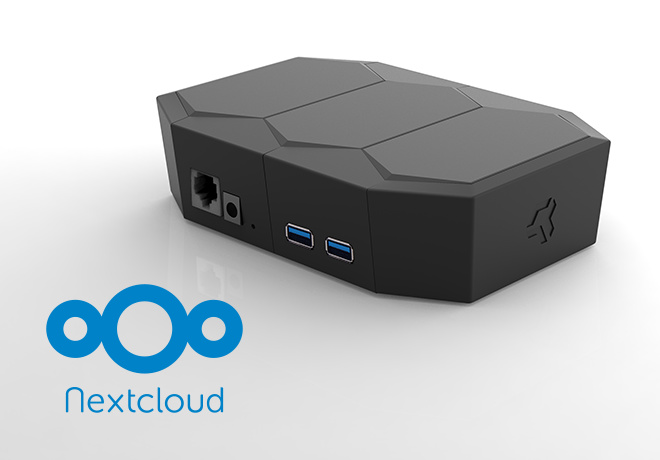 Turris MOX is the first modular router you can build according to your needs and has already raised about 150.000 USD on Indiegogo. The team behind it has developed 5 modules: MOX A (Basic) with CPU, USB 3.0, microSD slot, GWAN, MOX B (Extension) with mPCIe slot, MOX C (Ethernet) with 4× GLAN), MOX D (SFP) wth SFP connector and MOX E (Super Ethernet) with 8× GLAN. Brand new today is the 6th MOX F (USB) module, adding a 4 USB 3.0 ports over a PCIExpress port. As user, you decide on your needs, be it Access Point, full router or file storage system. Get the right modules, put them together and connect the MOX to power! Using and configuring are easy as pie, the Turris OS interface walks you through the process of configuring your network and adding storage (in RAID if you like) but also helps you set up dozens of other services like a VPN, dynamic firewall, automatic updates and even honeypot-as-a-service. As part of Turris OS 4.0, any Turris system gains the ability to easily manage external drives and install Nextcloud.

Together with Nextcloud, the Turris MOX: Cloud bundle gives you an easy to use platform for hosting your files, calendars and communication.

Nextcloud won’t be limited to the Turris MOX: Cloud, all MOXes (and Omnias) will support Nextcloud, however for good performance 1GB RAM, a 64bit CPU and USB 3.0 drives are a must and the Turris MOX: Cloud offers this. The changes to the roadmap ensure that in the first shipped MOXes a simple page is integrated in the web interface which lets users configure external storage and enable Nextcloud. To ensure some degree of data protection, the interface supports a RAID setup so that a broken drive does not mean lost data right away.

If you’re interested in getting your own Turris MOX: Cloud bundle, order it from the indiegogo campaign.