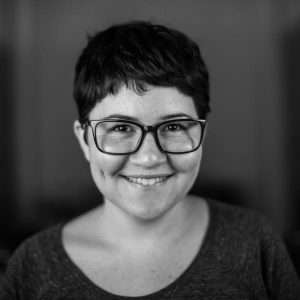 Camila San Martin Ayres is a Brazilian who is living in Berlin, Germany since 2012. Besides being just another Brazilian with a long name living in Germany, she is also a curious person experimenting with life and computers while married to a Dutch person and living with a dog named Popcorn. She works at a small design studio in Berlin, doing data visualization and research, often working with museums and art expositions.

Who should be attending your talk and why?
Those people who want to start to extend the functionalities of their Nextcloud instance. Or maybe people who would like to contribute to Nextcloud but think it is too complicated to get into the code of the server or the desktop client, so they can start by creating their own small project.

Will there be demos of how to write an NC app?
Not a demo, but a step by step on how to create one. I have a demo app which exercises different areas of functionality like selecting files and other things you can do through the API. We’ll go over implementing these things in your app.

How easy or difficult is it to build an NC app?
How much time and effort do you have to dedicate to your app? And what exactly do you want to build? That’s the question. It might be easy for a person who has a lot of time or for who has a lot experience in PHP or for somebody who only wants to move an icon around in the user interface. It might be more difficult if you don’t have much time or have little experience  writing PHP or want to do something very complicated. I don’t like to call it hard or easy because I don’t want to make anyone frustrated if they bump into a problem or to not motivate  them to show up for the workshop.

The short answer is: it depends on what you want to do, but we can figure it out together! Just come and we will help you.