Earlier today, over a dozen privacy-first businesses including Nextcloud supported an initiative to call upon EU & US regulators, to urge them to take action on banning surveillance-based ads, as recommended by the Norwegian Consumer Council. We reproduce the public letter here below! 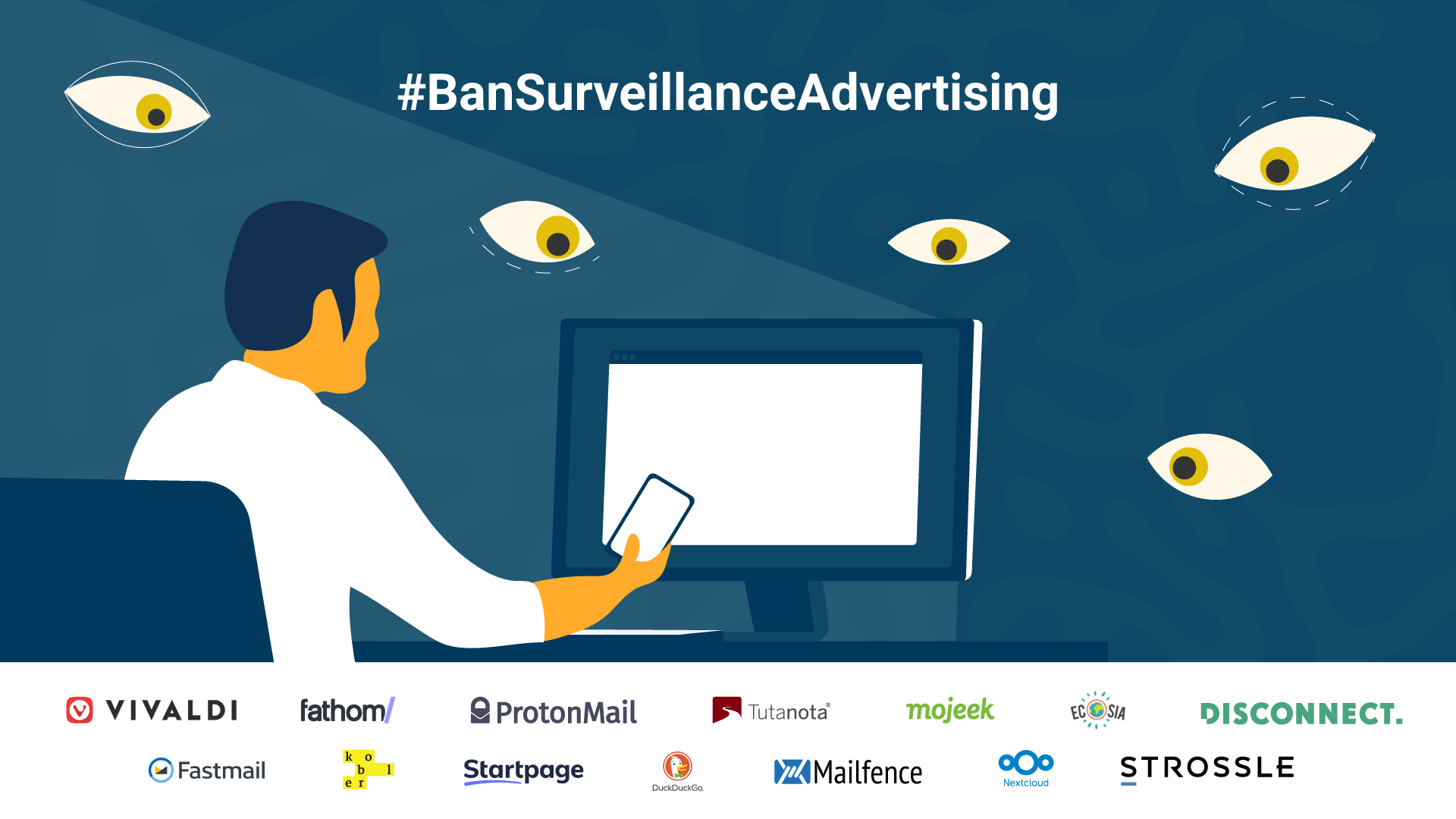 Recently, the Norwegian Consumer Council published a report calling for a ban on surveillance-based ads. In solidarity, we the undersigned have sent the following letter on Wednesday, July 7th, to EU and US regulators to encourage them to take action during legislative sessions and any relevant privacy discussions.

Surveillance-based advertising permeates the internet today, creating a number of highly problematic issues for both consumers and businesses.

On June 23, a broad coalition of consumer rights organizations, civil rights groups, NGOs, as well as academics, researchers, privacy experts, and enthusiasts – all concerned individuals – called on regulators to stop the invasive and privacy-hostile practices related to surveillance-based advertising.

In the EU, they urged regulators to consider a ban on surveillance-based advertising as a part of the Digital Services Act. In the U.S., they urged legislators to enact comprehensive privacy legislation. We are a group of businesses who write to you today to show our support to this initiative. We represent small, medium, and large businesses who all believe – and demonstrate on a daily basis – that it is possible to run profitable companies without exploiting the privacy of individuals.

In addition to the clear privacy issues caused by surveillance-based advertising, it is also detrimental to the business landscape.

In the surveillance-based advertising model, a few actors can obtain competitive advantages by collecting data from across websites and services and dominant platform actors can abuse their positions by giving preference to their own services.

It is also difficult for consumers to distinguish between ‘good’ and ‘bad’ actors in the digital sphere, which means that legitimate actors, amongst them many small and medium-sized enterprises, are directly affected by the actions of unscrupulous companies.

This harms consumers and businesses and can undermine the cornerstones of democracy.

Although we recognize that advertising is an important source of revenue for content creators and publishers online, this does not justify the massive commercial surveillance systems set up in attempts to “show the right ad to the right people”.

Other forms of advertising technologies exist, which do not depend on spying on consumers, and alternative models can be implemented without significantly affecting revenue. On the contrary – and that we can attest to – businesses can thrive without privacy-invasive practices.

We encourage you to take a stand and ban surveillance-based advertising.