2021 is a year of massive improvements to the Nextcloud desktop client. The introduction of Instant Sync with Nextcloud Hub 21 brought file changes instantly to the desktop while decreasing server load from the clients by nearly 90%. There have also been numerous improvements to End-to-end Encryption and the Virtual Files, all hooking deep in the sync engine of the client.

One more big change is coming: a massive improvement to the syncing speed of small files, impacting the overall syncing speed significantly and further reducing server load. All this has added up to such a big change we’ve decided to up the version number of our sync engine. 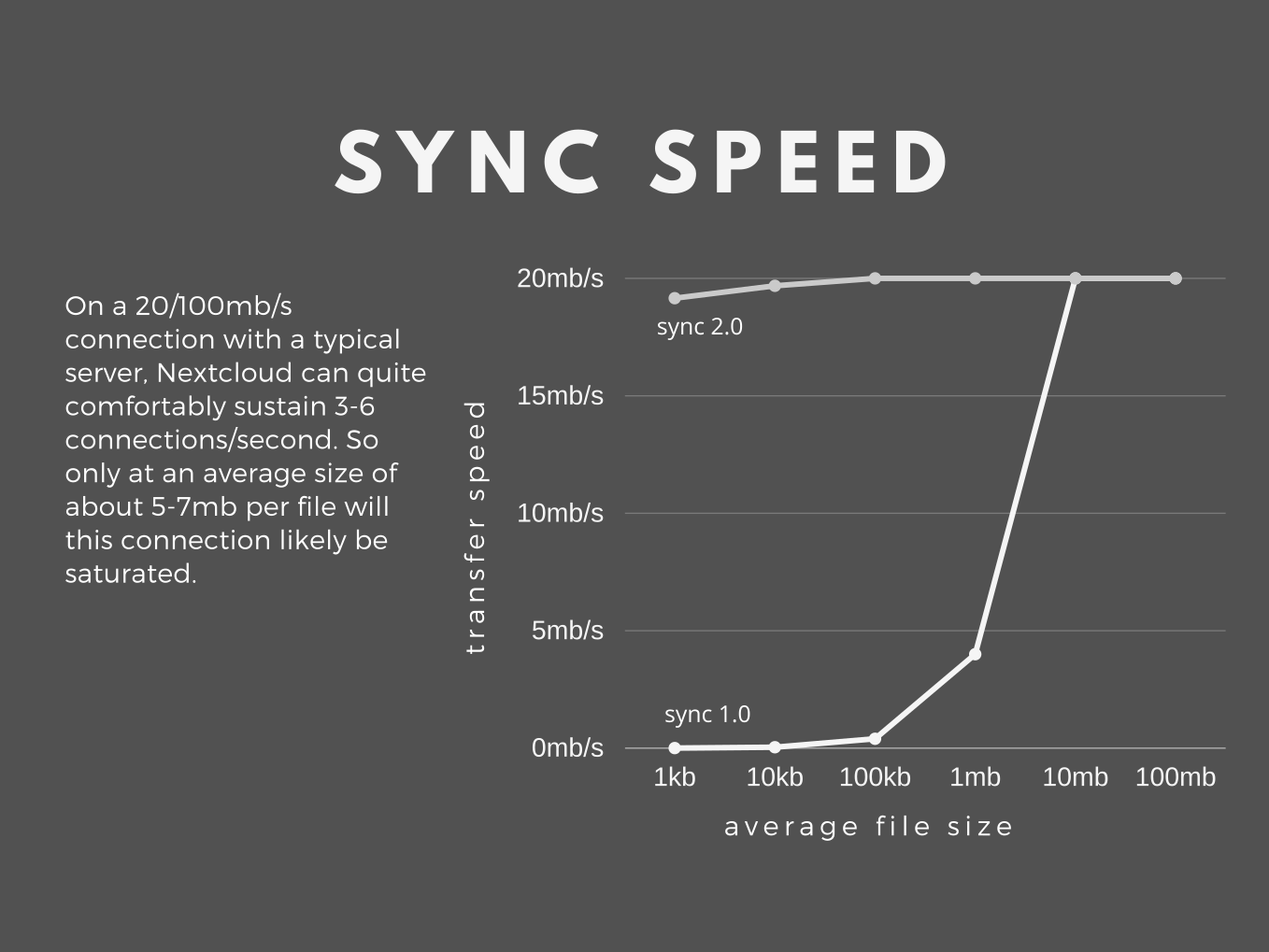 Small files are currently a bit of a bottleneck for the sync client, as each file is uploaded individually. Thus, 1000 1kb files will take 1000 connections, giving a lot of overhead compared to a single 1mb file. Version 2.0 of Nextcloud Sync will do away with this: the File Packing feature will upload multiple small files in a single request!

This means faster upload of small files – hundreds, even thousands of times faster depending on the file size and network limitations, as internal testing on a tech preview shows! Of course, in a more typical scenario of mixed file sizes, the benefits are more modest, but it is not unlikely that most full sync runs will be between 2x to 10x faster.

The sync client uploads multiple files in parallel to get the most speed out of the network. If many clients sync simultaneously, this can cause some serious load and by eliminating a large number of connections, the new sync engine has the potential to dramatically decrease the load on servers. 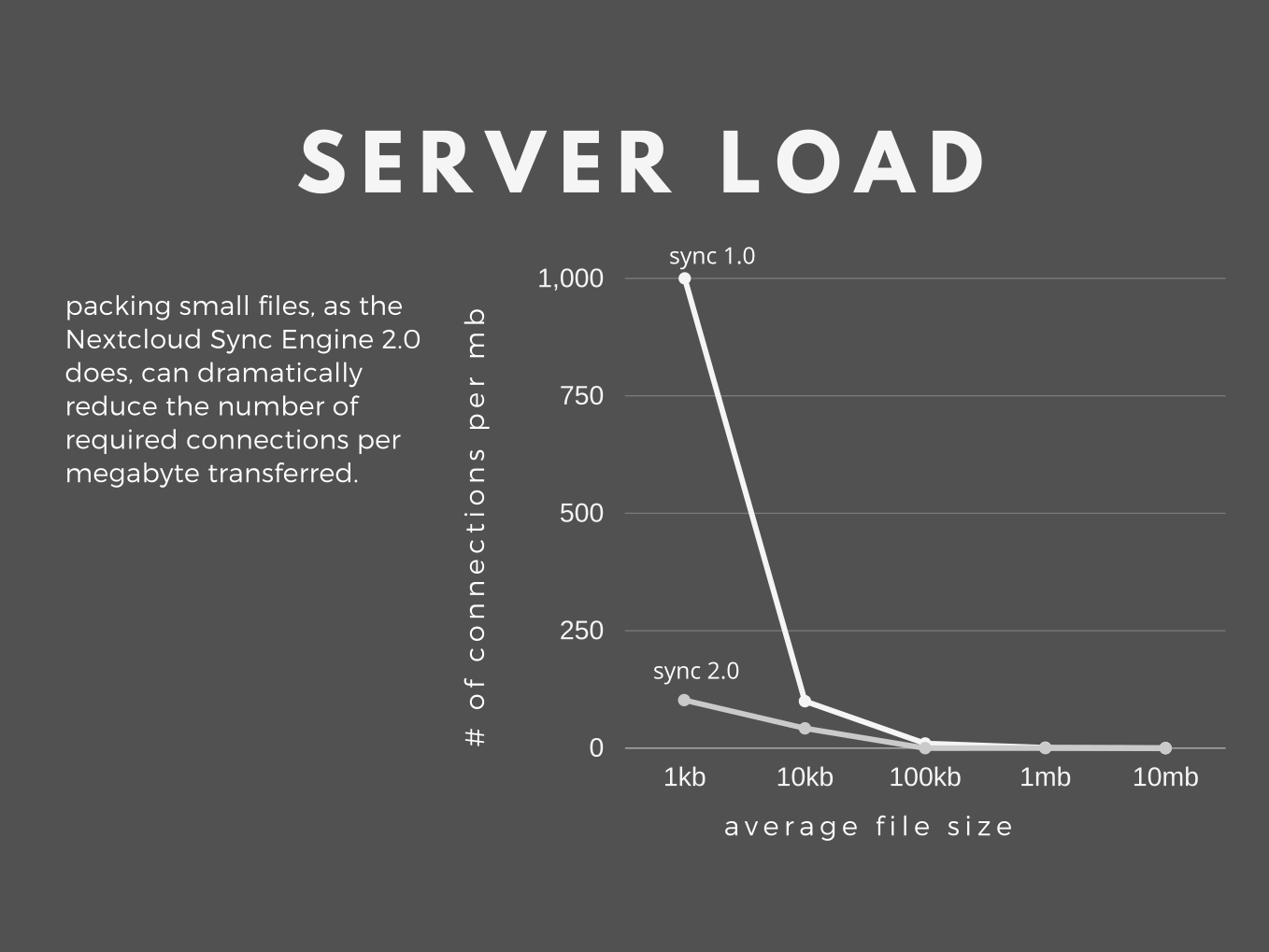 With Instant Sync thanks to the High Performance Back-end for Files introduced earlier this year, and the File Packing coming to V2 of the Sync Engine, both user experience and server load will dramatically improve. This is augmented by dozens other improvements made to the syncing process over the last year.

Internal testing shows that in most situations, the sync speed will now simply be limited by the bandwidth of the network connection of the user. For the server, idle load will have decreased by 10x thanks to the HPB, while during syncing the number of connections is also reduced by about a factor 10!

Users will benefit from instant availability of their files, even if they need to have large numbers of small files made available locally.

Nextcloud Sync v2 will be made available as part of a desktop client release later this year, alongside the release of Nextcloud 23.