Nextcloud, Waffle Computer and NEC Platforms to bring federated file exchange and collaboration to millions of new users in Japan 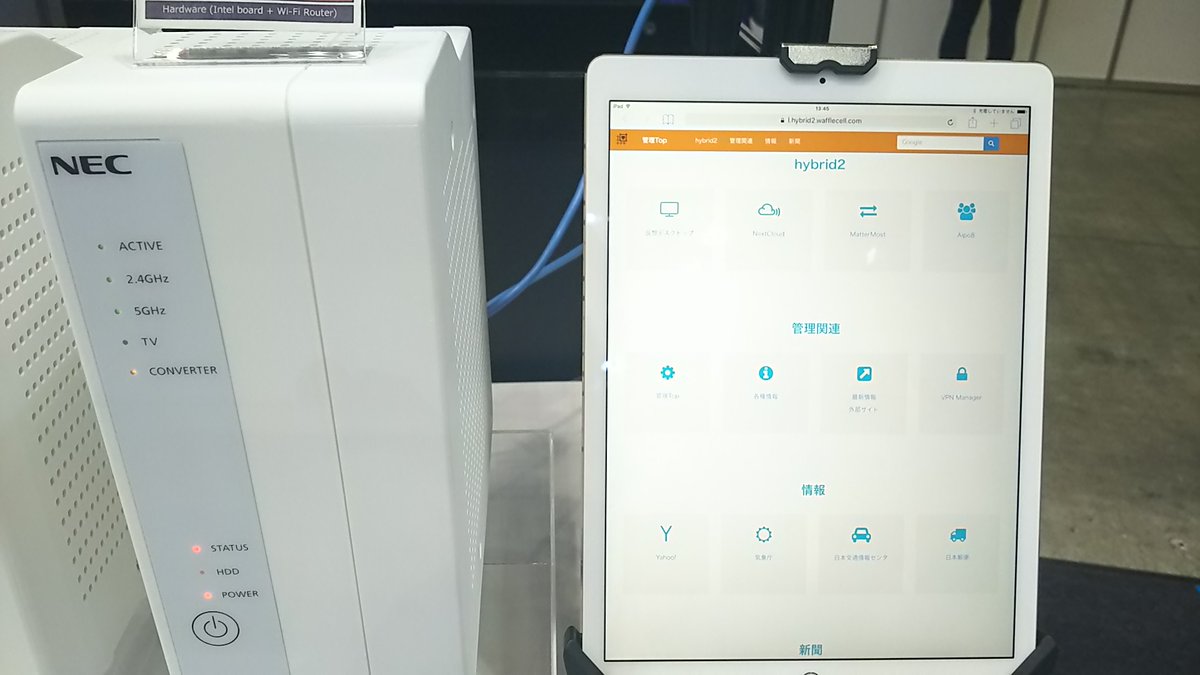 We are excited to announce that through a partnership with NEC Platforms, Ltd. and Waffle Computer, Ltd., millions of routers will be equipped with Nextcloud, bringing secure, federated and private file exchange to their users. The global network of hundreds of thousands of Nextcloud servers, capable of seamlessly exchanging data with each other, will thus be extended by millions of new nodes over the course of several years.

With Nextcloud, everyone from home users to large enterprises, hospitals and government agencies can host their own, secure and private Dropbox or Office 365 alternative. Nextcloud offers easy to use web, desktop and mobile interfaces to sync files, share them with others and edit them on-the-go. By keeping data on a trusted server, users know where data is, who has access, and nothing leaks. As most most popular self-hosted file sync and collaboration technology with hundreds of thousands of servers on the web, Nextcloud is used by companies like SIEMENS, institutes like the German Federal government, research organizations like the Max-Planck-institute, financial enterprises like Raiffeisen and many more. Its combined number of users is estimated to be over 25 million globally.

Nextcloud servers are not alone. The Nextcloud Federation feature enables users from one Nextcloud server to share with users on another server, creating a globally spanning network of private, self-hosted clouds. A federated cloud id, comparable to an email address, enables users to identify one another, while servers also exchange address book data when authorized to do so.

With the deployment of Nextcloud on the upcoming generation of routers from NEC Platforms, Ltd., the global network of federated Nextclouds will be expanding with millions of nodes, starting in Japan. This marks a significant step for Nextcloud and its users, bringing even greater momentum to the meteoric growth of Nextcloud.

NEC Platforms, Ltd. (https://www.necplatforms.co.jp/en/company/profile.html), is a subsidiary of NEC Corporation, and is also a leader in Japan broadband access market.

Waffle Computer, Ltd. is a Nextcloud partner in Japan, dedicated to bringing federated, decentralized computing to users across the globe and connecting major technology partners to make this happen.

We look forward to working with Nextcloud on expanding the file storage and exchange capabilities of our router solutions,

The ability to federate between routers and form a global network enables our users to collaborate with others while staying in control over their data.

I believe routers are a great platform to bring self-hosted clouds into the house of millions of users,

It can be as easy and normal to have your own data at home as it is to own a television or mobile phone.

The collaboration with Nextcloud and NEC Platforms is very exciting,

This collaboration can bring millions of users a private cloud solution, establishing a real alternative to centralized cloud providers.