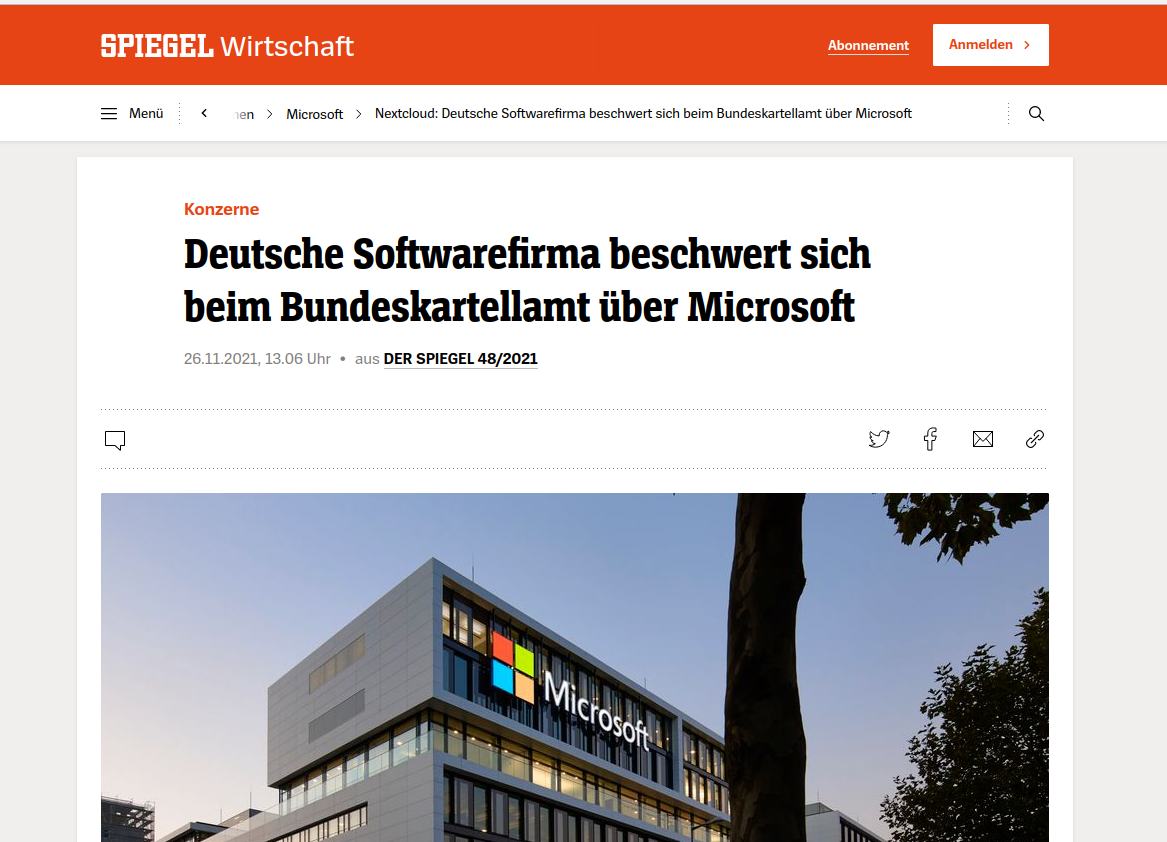 As reported by Spiegel (and coming in the print version), and Politico, Nextcloud has filed a complaint with the EU as well as the German anti-trust authorities over the behavior of Microsoft. We are supported in this by a coalition of European businesses and trade organizations.

Microsoft is integrating “Microsoft 365” deeper and deeper into their wider service and software portfolio, including Windows. Microsoft’s “OneDrive” is privileged as a choice within Windows’ operation whenever Windows users deal with file storage. Another example is Microsoft’s “Teams” that is being pushed successfully into the market as a default part of Windows 11. Microsoft’s combination of the dominant Windows (operating software) with the OneDrive (cloud) offering makes it nearly impossible to compete with their SaaS services. It illustrates anti-competitive practices such as “self-preferencing” on the basis of the market dominance of Windows. In the wider context, we cannot help noticing that over the last years, Microsoft, Google and Amazon have grown their market shares to 66% of the total European market, with local (European) providers declining from 26% to 16%. Behavior as described above is at the core of this dramatic level of growth of the global tech giants in Europe. This should be addressed without any further delay.

This is a similar situation to what happened in the late 90s when Microsoft bundled Internet Explorer with Windows thereby destroying Netscape. There are deliberate, abusive practices and those practices are no accidents. Other Big Tech firms are showing similar conduct. The European Commission should take a position in this context. The cloud services market is generally recognized to be of strategic importance to the development of the overall digital sector in the EU.

Find input from all the supporting organizations on our website https://antitrust.nextcloud.com 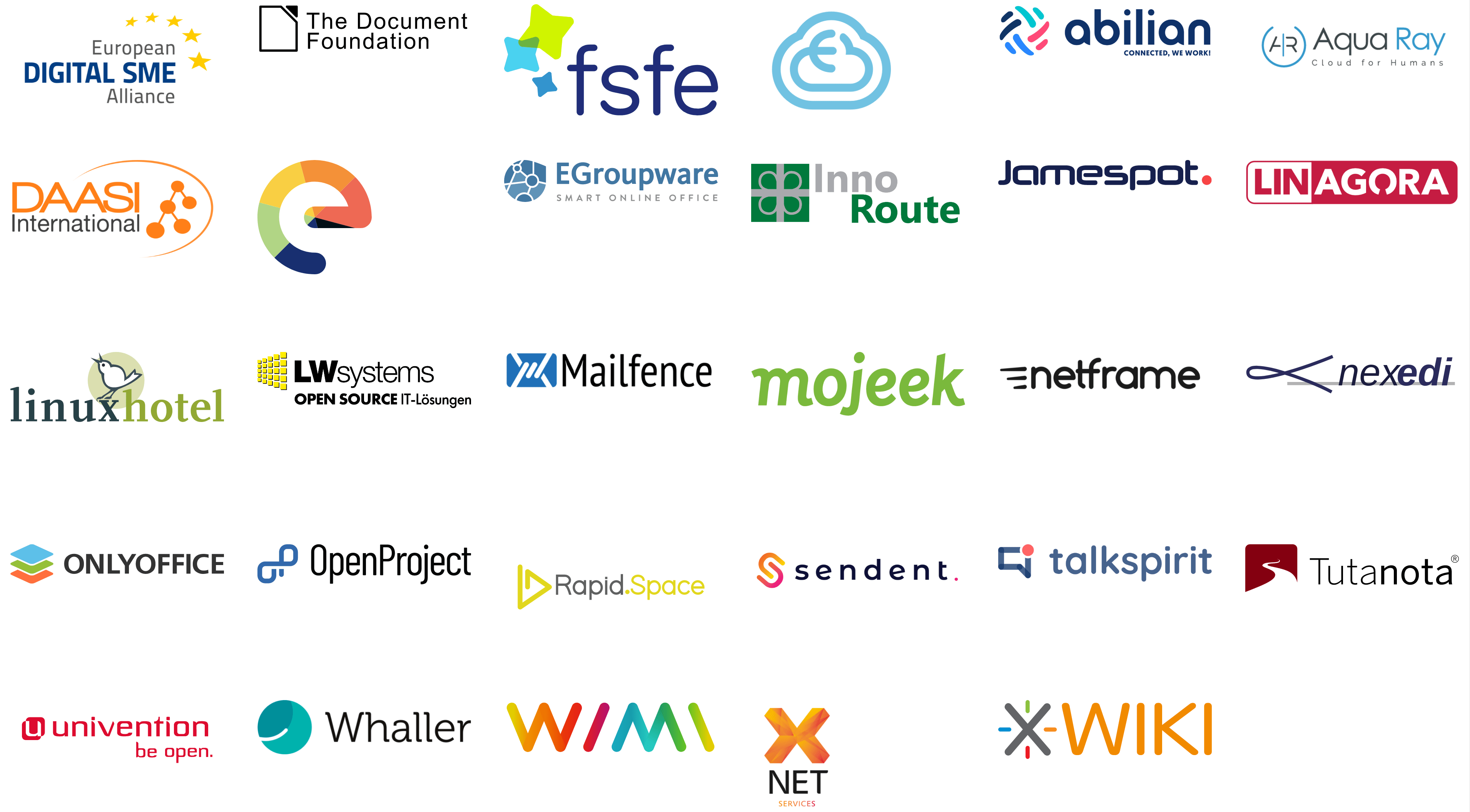 The companies in this coalition share the same message: The above outlined behavior is harming the European IT industry and is limiting customer choice. Earlier in 2021, Nextcloud filed an official complaint with the EU Directorate-General for Competition against Microsoft and we are currently requesting the Bundeskartellamt to investigate against Microsoft due to its various dominant market positions which are of paramount importance across several digital markets in Germany. We would also like the European Commission to take action in this context and to force Microsoft to allow for a level playing field.

We ask the European Commission to ensure that there is:

The mission of the European Commission’s Directorate-General for Competition is precisely to prevent this kind of behavior and to keep the markets competitive and fair for all players. Nextcloud GmbH has filed an official complaint with the EU Directorate-General for Competition regarding the behavior of Microsoft in respect of their abusive practices related to OneDrive. Nextcloud GmbH has also filed a request with the German anti-trust authorities to investigate against Microsoft due to its dominant market positions which are of paramount significance across several digital markets.

Dozens of European small and medium business organizations support these efforts to push back against Big Tech and create a level playing field, supporting innovation and local businesses.